Global Hindu Heritage Foundation came to know about the plans alienate hundreds of Simhachalam Temples to a preferred Business people, we have written this letter addressed to Chief Minister, Honorable Sri N Chandrababu Naidu and sent to various Ministers and other officers challenging the plans. We sent this letter to various Officers related to the Endowment Department.

WE ARE VERY HAPPY TO REPORT THAT THE TEMPLE LANDS ARE NOT ALIENATED TO BUSINESS PEOPLE.

We talked to many officials in different departments and also Endowment Minister of AP.

We were informed that these officials and the Minister have rejected the plan to handover the Simhachalam lands to a group of Business people. That is a great news.

Two letters- one in English and the other in Telugu language are printed below: 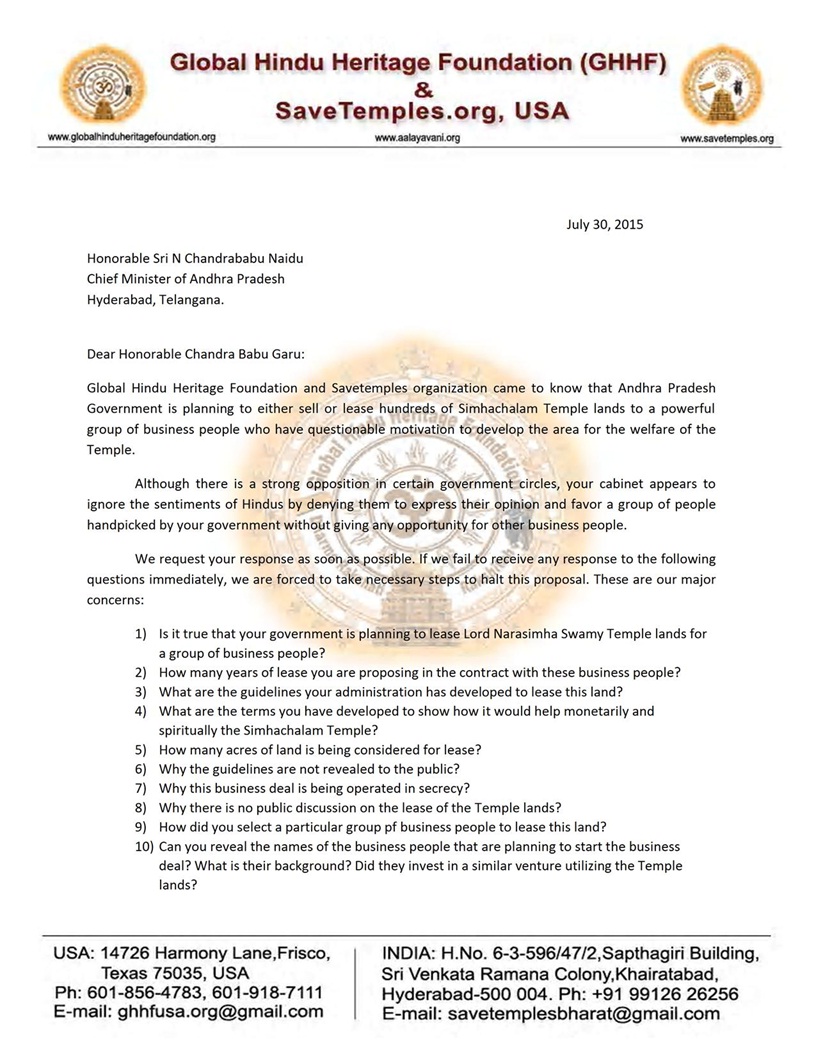 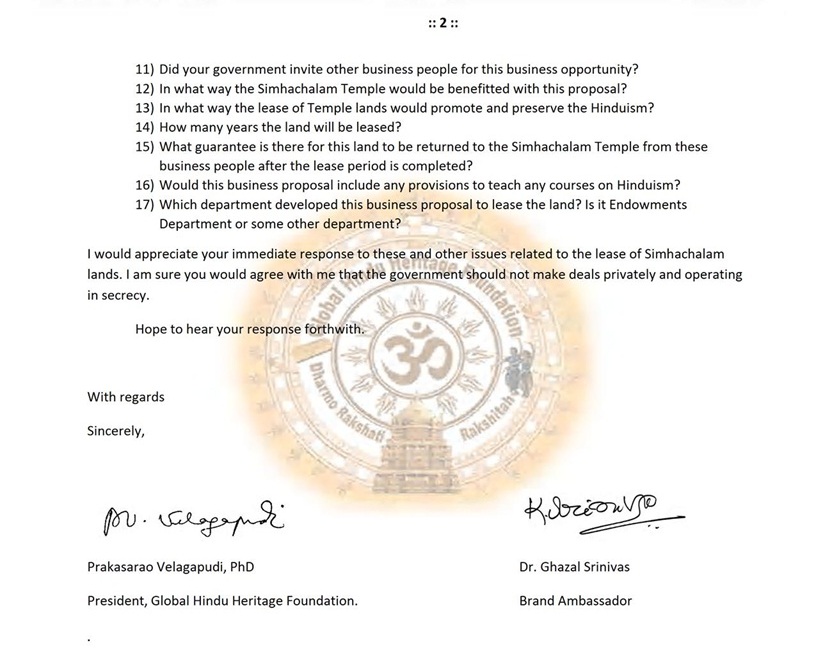 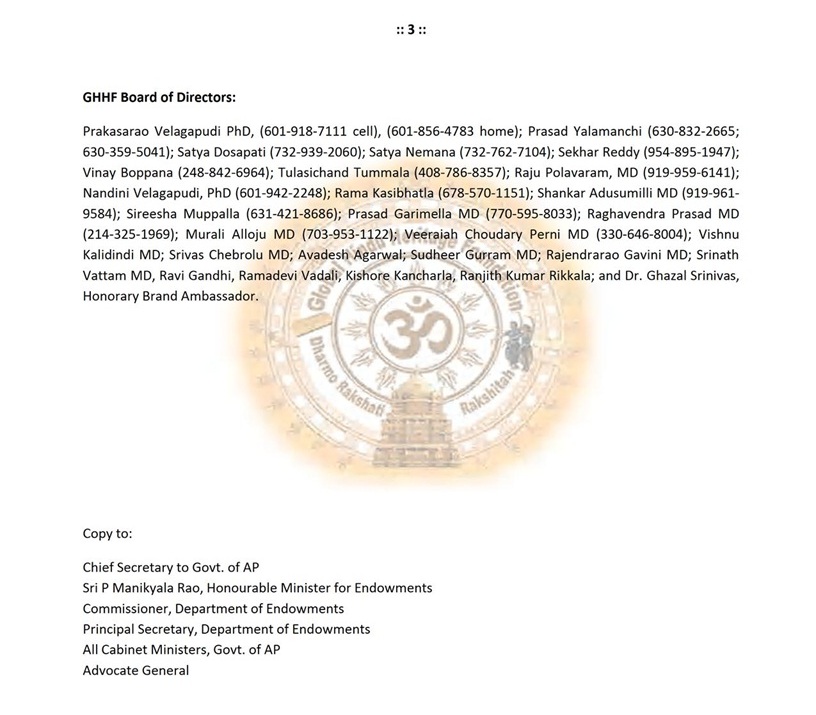 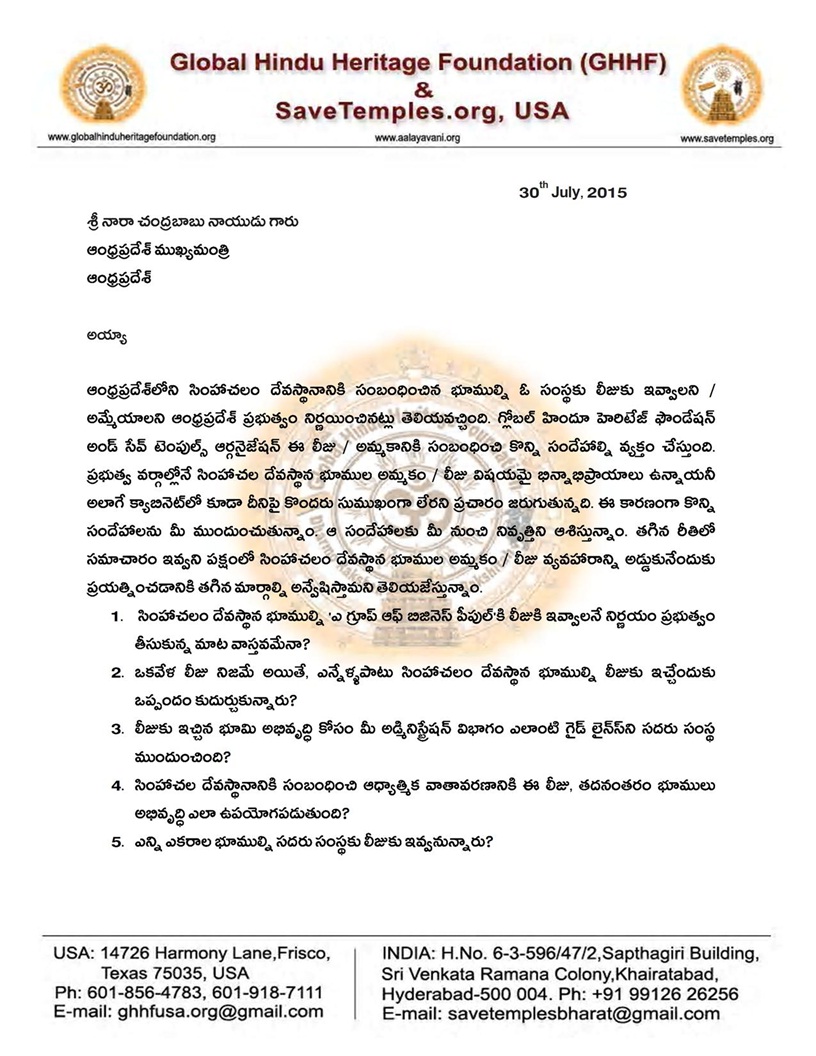 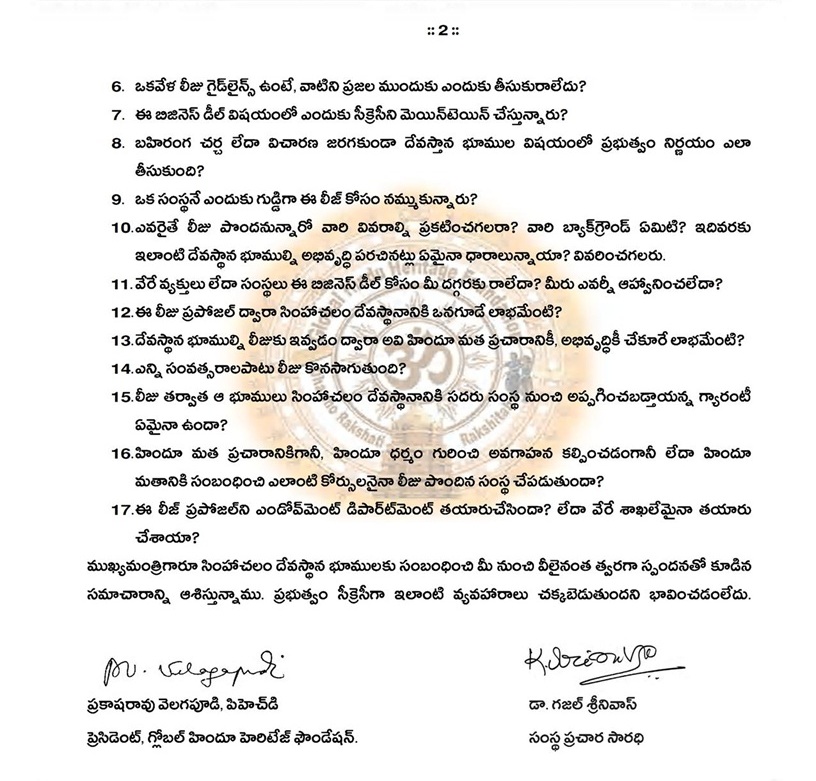 Call to work together for protection of temples

[GHHF] Evil triumphs due to inaction, silence and indifference by Hindus – Expose the Dark Side of Christianity, “the terrible religion.”