05 Jun 2015 Save Temples 238 Views
Will Durant has accurately described the onslaught of Muslims on India over a period of ten centuries: “The Islamic conquest of India is probably the bloodiest story in history. It is a discouraging tale, for its evident moral is that civilization is a precious good, whose delicate complex of order and freedom, culture and peace, can at any moment be overthrown by barbarians invading from without or multiplying within.” 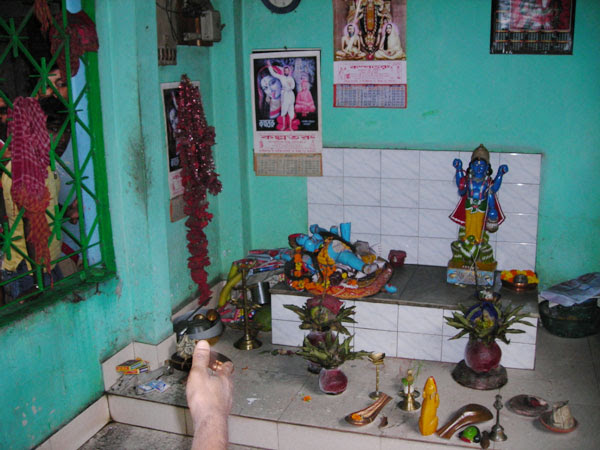 What is happening to Hindus in West Bengal is horrible, inhuman, atrocious, demoralizing, and brutal. It is a lesson all Hindus have to learn sooner or later. Sooner the better. If we cannot stop these expansions, infiltrations and tortures, we will face the same fate our forefathers have experienced. If we did not learn the past history of Muslim rule of nearly ten centuries, Hindus are going to face the ethnic cleansing the way Pakistan has done, the way Kashmir has succeeded in driving Kashmiri Pundits away from their homeland, and the way Bangladesh has depleted the Hindu population from nearly 28 percent at the time of partition to less than 7 percent as of this year. Day in and day out many Hindu women are raped, tortured, and killed.

Some organizations have been working tirelessly to protect the women, children and property from Muslims who have determined to make West Bengal a Muslim State. With no support from the State government and deafening silence from the Central government, the Muslims have no fear of any consequences of their ghastly acts. Hindu are still sleeping to the reality that they will be wiped out in Bengal and slowly move to Assam and to the rest of the country.

PLEASE DONATE to help the victims of the Islamic onslaught to make sure that they are protected and helped them to rehabilitate. Let us help the brave Hindus activists who are risking their life to challenge the Islamic hegemony and plans to establish Mughalistan. Let us remember the words found in Anusashana Parva of Mahabharata that have praised the virtue of charity to the worthy cause: “What is the use of the strength if it is not used to destroy the enemy? In the same way what is the use of the wealth which is not spent charitably?”

Muslims in West Bengal have been planning to destabilize the state, encourage Bangladesh infiltration into the Border States, drive away Hindu from their houses with their blood thirst measures, torching the Hindu houses, pillaging the Hindu Temples, prohibiting the Temple looting the Hindu shops, desecrating the Hindu temples, kidnapping and raping the Hindu women, forcefully getting Hindus married to Muslims, block the streets where Hindu live, bombard Hindu areas with loud minarets, attack Hindu men and kill; creating terror in the hearts of Hindus;

Government at the state level is silent and would not take any appropriate action to prevent the Bangladeshi infiltration, turn it’s eyes away from the atrocities of the Muslims on Hindus, media is intentionally ignore the issue for their selfish greediness, even some of the Hindu politicians are ready to sacrifice their motherland, central government is conspicuously watching the suffering of the miseries of Hindus without taking any meaningful action, neither state nor central government is willing to stop the infiltration as the West Bengal is burning and experiencing the inferno. Hindus are being raped, tortured and rampaged in front of the eyes of the central and state government.

West Bengal has more than 30 percent Muslims. Very soon, with so much Muslim infiltration from Bangladesh, it will cross the threshold of 40%. Muslims will rampage the Hindu villages and communities and they will be rampaged, massacred and/or evicted from West Bengal like the way they have done to Kashmiri Pundits. It is time for all Hindus, whether they are theists, atheists, to be awakened and organize themselves to defend their homeland. If Hindus across the nation do not address the Muslim problem in West Bengal forthwith, they will soon be at your doorsteps irrespective of where you live. Hindus might as well pack their bags and leave West Bengal. If they are not stopped at this time in West Bengal, this menace will spread to all the states before your own eyes.

Why do they want to dominate India and convert India into a Muslim Country?

First, Muslims believe that that there is no true god but Allah.  He is the only One. Every other God is fake. Anybody who does not believe in Allah is a Kefir – nonbeliever.  Non-Muslims can be killed and tortured if they do not get converted to Islam. 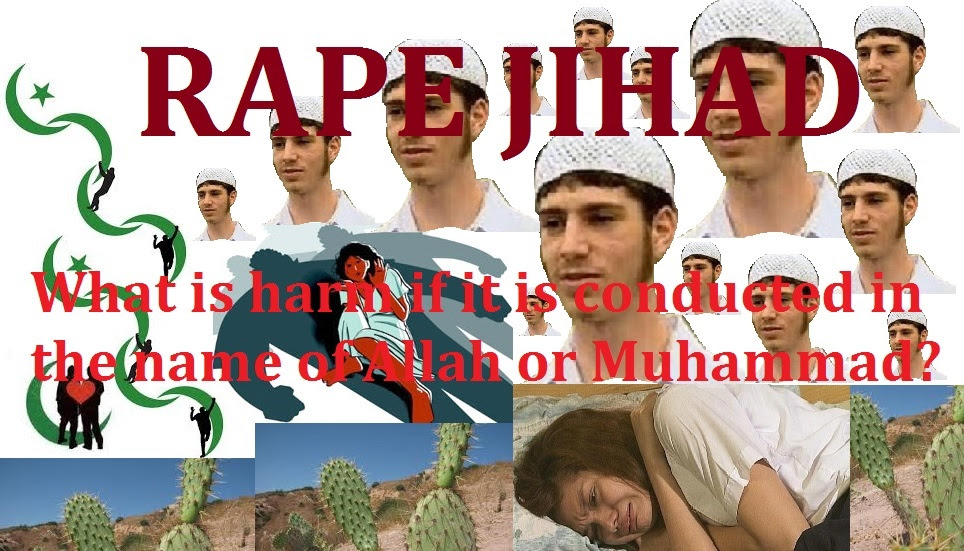 Quran accepts the killing of the nonbelievers and idol worshippers. Following are few verses from Quran that sanction Muslims to kill the believers of other religion:

[4:48] GOD does not forgive idolatry, but He forgives lesser offenses for whomever He wills. Anyone who sets up idols beside GOD, has forged a horrendous offense.

Idolaters are unclean just because they are idolater
9.28: O you who believe! The idolaters are nothing but unclean, so they shall not approach the Sacred Mosque after this year; and if you fear poverty then Allah will enrich you out of His grace if He pleases; surely Allah is Knowing Wise.

Forcing non-believers to pay tax
9.29: Fight those who do not believe in Allah, nor in the latter day, nor do they prohibit what Allah and His Apostle have prohibited, nor follow the religion of truth, out of those who have been given the Book, until they pay the tax in acknowledgment of superiority and they are in a state of subjection.

Smite the neck and cut fingertips of unbelievers
8.12: When your Lord revealed to the angels: I am with you, therefore make firm those who believe. I will cast terror into the hearts of those who disbelieve. Therefore strike off their heads and strike off every fingertip of them.

Smite the neck of unbelievers
47.4: So when you meet in battle those who disbelieve, then smite the necks until when you have overcome them, then make (them) prisoners, and afterwards either set them free as a favor or let them ransom (themselves) until the war terminates. That (shall be so); and if Allah had pleased He would certainly have exacted what is due from them, but that He may try some of you by means of others; and (as for) those who are slain in the way of Allah, He will by no means allow their deeds to perish.

Severe Punishment for non-believers
22.19: These are two adversaries who dispute about their Lord; then (as to) those who disbelieve, for them are cut out garments of fire, boiling water shall be poured over their heads.

22.20: With it shall be melted what is in their bellies and (their) skins as well.

22.22: Whenever they will desire to go forth from it, from grief, they shall be turned back into it, and taste the chastisement of burning.

Punishing non-believers of Hereafter
17.10: And that (as for) those who do not believe in the hereafter, we have prepared for them a painful chastisement.

Punishing for rejecting faith
3.91 : Surely, those who disbelieve and die while they are unbelievers, the earth full of gold shall not be accepted from one of them, though he should offer to ransom himself with it, these it is who shall have a painful chastisement, and they shall have no helpers.

Unbelievers go to hell
4.140 : And indeed He has revealed to you in the Book that when you hear Allah’s communications disbelieved in and mocked at do not sit with them until they enter into some other discourse; surely then you would be like them; surely Allah will gather together the hypocrites and the unbelievers all in hell.

7.36: And (as for) those who reject our communications and turn away from them haughtily — these are the inmates of the fire they shall abide in it.

Second that India is an “unfinished business” for Muslims.
They have been waging war to convert India an Islamic country for nearly ten centuries. 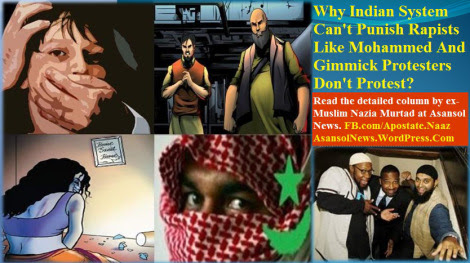 “Breaking India” is a groundbreaking work written by Rajiv Malhotra who spent seven years to gather information about the external forces that are planning to break up India.  Muslims have vowed to break up India through terror and infiltration into three countries – Mughalisthan, Dalitisthan and Dravidisthan. They are working relentlessly to complete what they call “unfinished business” of converting India into Islamic States. Muslims are inflicting untold misery, terror, and killings on Indian soil to go to paradise as promised in the Quran to enjoy waiting sensate objects. He also mentions that Christians and Maoists e equally waging a war to break up India.

West Bengal is an EASY PREYWest Bengal need your help to stop the hemorrhage of Hindu population. 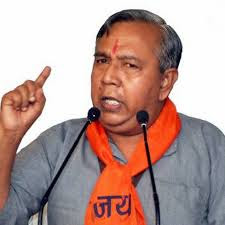 Tapan Gosh, the President of Hindu Samhita, is tirelessly working to help the victims of the Islamic slaughter, rape and torture. He is monitoring the violent acts against Hindus on a regular basis. Ever since Hindu Samiti started in 2008, it has stood by the victims of the terror, helping them, rescuing them and sheltering them

Tapan Ghosh, who has been active in rescuing hundreds of victims of Love Jihad, said that the fastest growing Muslim population has cleared the way for appeasement politics.

His claim seems to be real, as West Bengal’s around 12 Parliament seats in the bordering districts are dominated by the Muslim population. Muslims form 25-30 per cent of the voters in the state and they constitute 42% of the population in 140 of the West Bengal’s 341 developmental blocks. Ruling TMC is well known for appeasing Muslims. It has announced several freebees for the community.

Tapan Ghosh says that the TMC government has been paying more than 30,000 imams in the state Rs. 2500 per month and over 15,000 muezzins Rs. 1500. Burning crores of tax payers’ money mostly collected from Hindus.

Attacks on Hindus in West Bengal 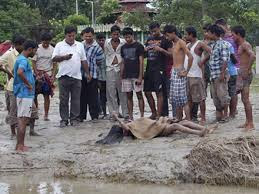 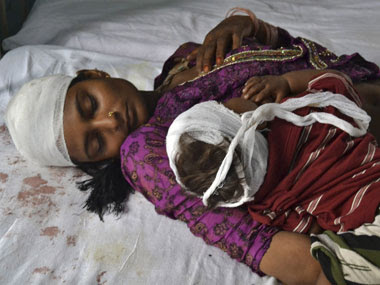 Dec. 12, 2013: Sarathi Maity was molested by Muslims with sharp weapons at Ukiler Bazar Village
Oct. 17, 2013: Durga Pooja procession was attacked in Kashthagara by armed Muslims after being provoked from the mosque
Oct. 16, 2013: Six Muslim families slaughtered cows in the presence of the BDO and Police at Dholkali
Feb. 21, 2013: More than 200 Hindu houses burnt in Canning, Joynagar, Kultali and Basanti Police Stations displacing 2,000 people
May 14, 2012: To retaliate against the murder of a SUCI Muslim leader in Tara Nagar, about 100 Hindu houses of two villages looted.

DONATIONS: Let us help those who are braving their lives to protect the innocent Hindus from being raped and tortured by Muslims. Donations will be used to rehabilitate the victims of the violence in the hands of Muslims, to stop the molestation and raping of women, to organize the youth to defend themselves, to rescue the innocent from being trapped into love jihad, to provide shelter to the victims, to stop the torching Hindu shops, to protect the Hindu Temples from being demolished, and to stop the rampage of the villages. Not only one acquires the benefits of selfless charity made to the worthy cause, the donations will be used to save the lives of thousands of Hindus from the blood thirsty Islamist, and prevent West Bengal from being a Muslim State through violence, torture and killings.

The meritorious should give away in charity all that they have in excess of their needs. By charity only Karna, Bali and King Vikramaditya survive even today. Just see the plight of the honeybees beating their legs in despair upon the earth. They are saying to themselves, "Alas! We neither enjoyed our stored-up honey nor gave it in charity, and now someone has taken it from us in an instant." Chanakya

Please send your tax deductible donations may be sent to: Global Hindu Heritage Foundation (GHHF), 14726 Harmony Lane, Frisco, TX 75035. Write “W B Humanitarian aid” in the memo on the check.

Immaculate inside, filthy outside

Islamic University at the foot of Thirumala - B.R.Haran

Photos of the campaign in Chicago