“Bhaarat Today,” a new Telugu channel was launched in India and USA

[GHHF] “Bhaarat Today,” a new Telugu channel was launched in India and USA with a different mission and a new vision?

“Tell me, why is the media here so negative? Why are we in India so embarrassed to recognize our own strengths, our achievements? We are such a great nation. We have so many amazing success stories but we refuse to acknowledge them. Why?”Former President of India, Abdul Kalam.

Please visit the website of the new channel. Bhaarattoday.com 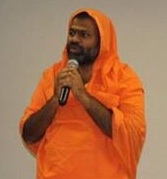 Swami Paripoornananda has been planning to have a TV channel that will focus on the integrity of Bharath and emphasize the need to trace back the richness of the Indian philosophy that survived the onslaught of many religions and many countries.  Two years of tireless efforts, relentless struggles, uncompromising vision, and a firm commitment resulted in the launching of this channel in India and in USA. This modest attempt by Swami Paripoornananda is to highlight the strengths and achievements of Bharat and at the same time to uplift the roadblocks that are impeding the progress of the nation and denying the equal opportunity for all the people. that the Global Hindu Heritage Foundation (GHHF) is fortunate to have associated with Swami Paripoornananda and share his vision to underscore the greatness of Bharat in terms of dharmic principles.
It will showcase the greatness of Bharath as a nation and its genius and ingenious accomplishments instead of pitting one segments of the population against the other. It is a dharmic channel that promoted the unity of the country instead of emphasizing events based on caste, religion and special interests groups that may create dissension and disunity. Emphasis will be on the dharmic principles that uphold the integrity of the nation rather than fragmentalisation of the country. 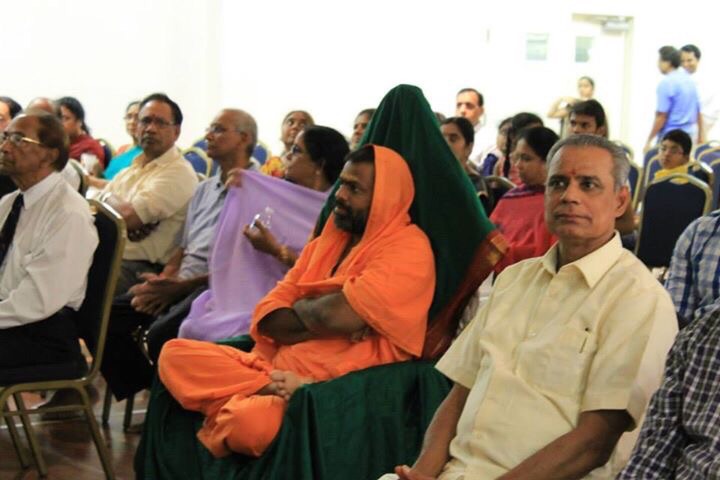 The Board members and many other committee members of GHHF want to express their gratitude, appreciation, gratefulness and indebtedness to Pujyasri Swami Paripoornananda for launching Bhaarat Today in USA on September 12, 2015. His intentions are pure, his vision is as clear as sunlight, his compassion is uncompromising and his commitment is as strong as diamond to the new channel. The Channel is designed to be truthful to the principles of dharma.
It is not easy to be sane when you are surrounded by rampant insane climate. It is worth remembering the words of George Orwell, "In a time of universal deceit, telling the truth is a revolutionary act." Nevertheless, we hope that this new channel will expose the mediocre media and about fake ‘secularism’ which are destroying Hindus and Bharat. In 2013 when Sri Swamiji visited USA, many of us had long discussions about a new channel that stands for satyam (truth) and dharma.
We also felt that the existing channels were mouth pieces of liberals, Christians, Moslems, Communists and foreign agents. They principles, morals or ethics ever part of their coverage. They go to any extent to malign the Hindus sentiments, bring all kinds of so called Hindus to talk about our religion, and twist the truth to attract these Maccauley’s children. They never question any deception of Christianity and terrorism of Muslims. In two years Sri Swamiji made his dream a reality with the intention of promoting dharmic principles but not religious demagoguery.
It is not a small step to invest huge sums of money to protect universal dharma and expose the religions who have openly declared to make India either a Muslim country or an Islamic country. No existing channel has guts to question their motive and they gleefully embrace their ideology as if they paid to speak for them. One gets the impression that some of the news channels are totally sold out to the vested interests. Sri Paripoornananda Swamiji has taken a giant step toward establishing dharmic society where every topic is discussed, every intention is dissected, every event is debated, and every plan is thoroughly examined.  Let us salute and applaud Sri Swamiji for his persistence, dream, and passion to protect the country from these Abrahamic religions whose mission is to wipe out other religions like Hinduism. 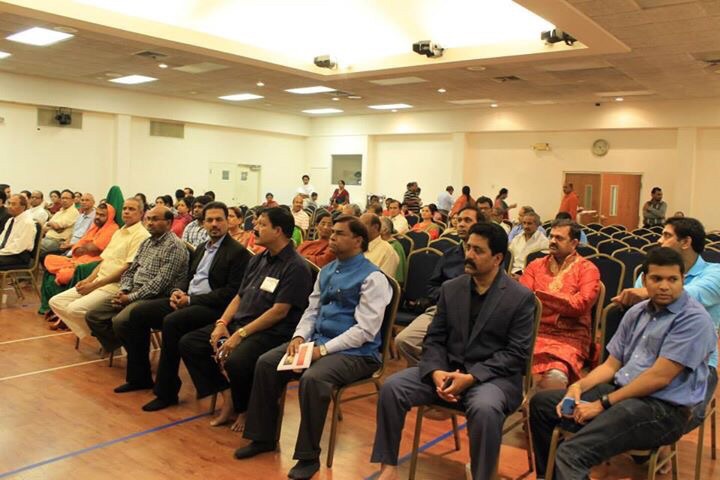 Why do we say that this is a dharmic channel? What is dharma? Dharma means that which sustains, supports, upholds or maintains the order of the Cosmos.This is a much b roader thinking compared to either religion or culture. It covers every aspect of the universe, not just only human beings. All the panchabhutas, all the nature, all the living creatures, and nonliving entities. Everything is connected, everything has role to play, and every this has it’s responsibility to other entities.
They have to work together to uphold the universe and they have to coexist. The essence of the concept dharma is much broader and has much more far reaching consequences than religion or culture. The concept religion in the western sense typically refers to an organizational structure where a church developed a set commandments for their adherents to follow with severe consequences for their failure. Dharma is much broader in its scope and is not confined to just humans only. It pervades everything, seen and unseen, in existence. In fact we do not find the phrase “Hindu religion” in any of Hindu scriptures and not used by any of our ancestors. It was attributed to us by Abrahamic religions.
Dharma VS Religion
Dharma is defined to mean duty, responsibility, satyam, justice, obligations, morals, ethics, principles, and code of conduct addressed to individual level, societal level and the universal level. Nothing is excluded. Anything that integrates, harmonizes, brings consensus, fetches unity, synchronizes is deemed dharma.These are the principles that surpass time and space. Hence dharma is called eternal – Sanatana.

Religion on the other hand conditions your thinking, constraints your freedom, created boundaries between “you” and “others,” restricts your investigative endeavors, justifies the wrongs, promotes deception, encourages torture and terror, endorses the elimination of other religious believers, condemn non-believers to hell,  non-followers as sinners and kafirs to be sacrificed, and advocates the elimination of other religions.
Thus dharma encourages freedom, pluralism, mutual respect, societal obligations, and integration while religion restricts freedom, encourages hatred, sanctions killings, promotes terror, smear other religious believes, and inculcates animosity. Dharma is based on science while religion on faith. Religion is exclusive while dharma is inclusive. Rational thinking is the basis of dharma while blind belief is the backbone of religion. Religion is a dividing factor while dharma is a unifying force. Religion advocates its supremacy to control the mind and soul of the people while dharma emphasizes justice, freedom and independence.
What is Dharma as per Hindu Scriptures?
According to Atharva Veda, dharma is described as “Prithivimdharmanadhritam,” that is, "this world is upheld by dharma". In Shanti Parva, Bhishmatells Yudhishtira that “ it is difficult to define dharma. Dharma has been explained to be that which helps the upliftment of living beings. Therefore, that which ensures the welfare of living beings is surely Dharma. The learned rishis have declared that which sustains is Dharma.” Similarly, in Karna Parva also defined dharma as thus: Dharma sustains the society. Dharma maintains the social order. Dharma ensures wellbeing and progress of Humanity. Dharma is surely that which fulfils these objectives.” 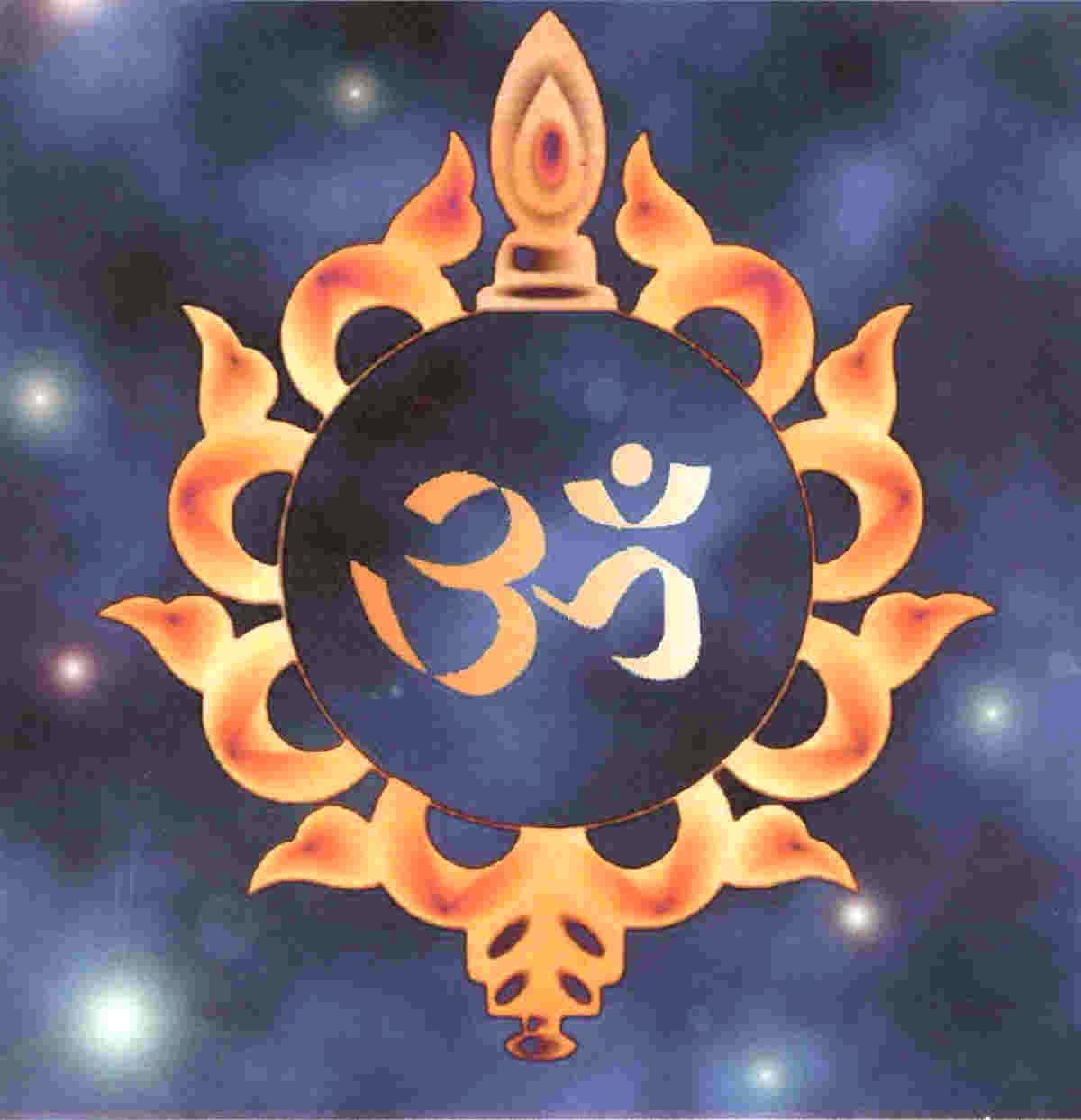 Similarly, Rishi Kanada in Vasishika Sutras defined the concept dharma: “That which leads to the attainment of Abhyudaya (prosperity in this world) and Nihsreyasa (total cessation of pain and attainment of eternal bliss hereafter) is Dharma.” Even Prahalada in Bhagavata Purna enumerated the essence of dharma, "May there be peace in the whole world. May the wicked become peaceful and gentle! Let all people pray with their hearts for peace and mutual wellbeing. May our minds resort only to that which is auspicious and good! May our thought be fixed on Lord Vishnu without any selfish motive!"

All Hindu scriptures admonishes us to follow the dharmic path that brings harmony in thought, word and deed. It is the prime responsibility of every individual to discharge is responsibility to the universal wellbeing. Dharma is to promote and protect world peace, transformation of hearts, mitigate the harmful activities, stimulate noble thoughts and rise above the selfishness.  Thus we often repeat the universal prayer: Dharmo Rakshati Rakshitaha. That means, “Dharma protects those who protect it!”

Dharma is the panacea for all the ills of the society, problems in the natural world, problems in the climate and imbalance in the cosmos. Selfishness and religious beliefs in the domination of the world are causing havoc to universal wellbeing. Nishkama karma is the ideal where nobody will take advantage of other’s predicament. Superior are the men who sacrifice their life for others and demons are the ones who exploit others.

Persons who render selfless service to other human beings are the greatest.

Persons who carry on their profession, avocation or business with self interest,
but without exploiting and causing any injury to those who deal with them are good.
But those who give trouble to or exploit others in utter selfishness are demons in human form. — Nitishataka 75

How to make Bhaarat Today as a Dharmic New Channel 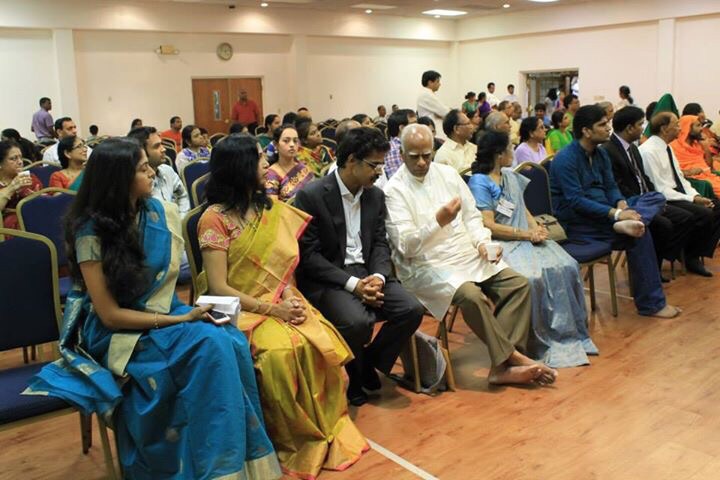 With all the existing TV channels competing to outdo the others in appeasing the minorities, embracing the secular concept without ever defining it, stabbing their own motherland, stripping her of all moral and ethical principles, remain silent on the source of terror and torture, never questioning the takeover of the Hindu Temples by the government, hardly discussing the disappearance of Hindus in Pakistan, and criticizing the Hindu festivals there is a great opportunity for the new channel BHAARAT TODAY to take the high road to follow the dharmic path to make sure it will support the measures that sustain, integrate and harmonize the cosmos.

Following are some of the recommendations to Bhaarat Today that would help the country to restore its past glory and give equal freedom to all individuals irrespective of their religion and caste, and stop the demonization of one religion by the other religions.

Hindus have been concerned about their predicament based on their portrayal by the media, by the previous government, by Abrahamic religions, by so called secularists, and many politicians including many so called Hindus. This new Channel Bhaarat Today will give hope for their future, create pride in their customs and traditions, provide opportunity to express their true feelings and also serve as vehicle to challenge the imposters who claim to be experts in Hindu dharma. 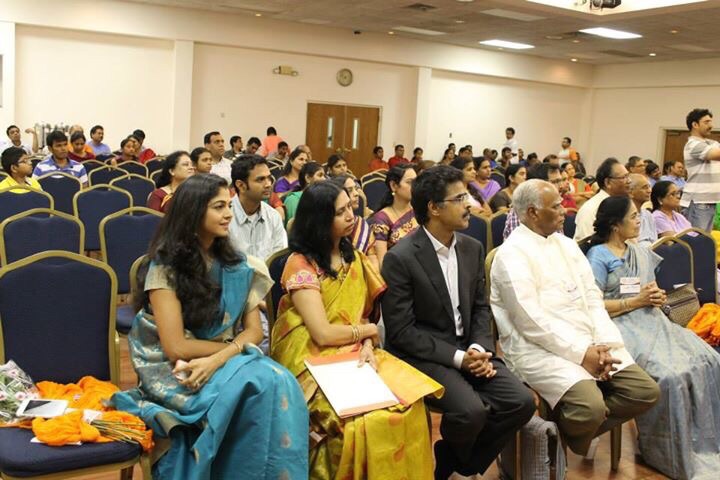 Hindus should support Sri Paripoornananda Swami in his mammoth effort to protect Hindu dharma, watch and subscribe to the new channel, find sponsors to the TV commercials, engage in open discussions with the so called experts and be ambassadors for dharmic principles.  Let us remember the words in Ashvamedha Parva of Mahabharata, “No one should leave the path of dharma on any account --- neither by temptations nor by fear nor by greed nor for life. Because pleasure and pain are both transitory, dharma is permanent and follows the soul in all directions.”

Please visit the website of the new channel.
Bhaarattoday.com

[GHHF] Memorandum Submitted to the kind attention of Religious, Spiritual and Political leaders

Savetemples Short Films will be shown at Mahasivaratri

Narasapuram: Deities to be kept in temple