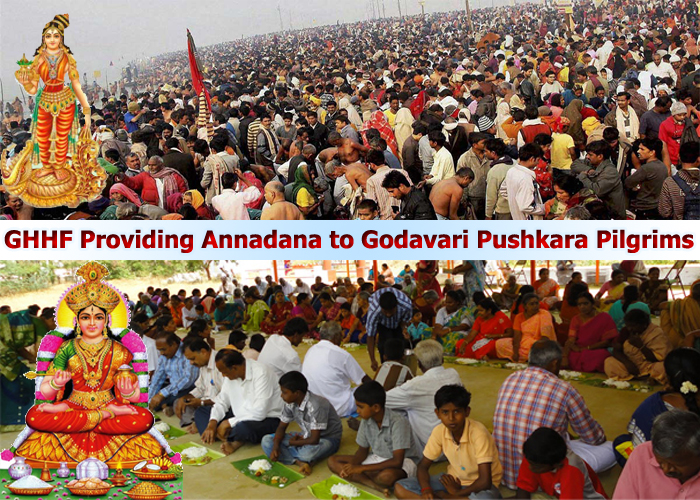 A giver of food prospers. Food should be offered even to uninvited guests with devotion. One should not refuse anyone (food) in one's house. That is the rule (Taittiriya Upanishad. III. 10)

Food plays a very important role in daily life as well as all the rituals and festivals both at home and Hindu Temples. All the scriptures recommend that food should be offered to God before eating. Food offered to Gods is considered a meritorious act reaping numerous benefits including the purification of the mind, body and soul.  Interestingly, our scriptures say that the provider as well as receiver will reap similar benefits. Athidhi devo bhava is the motto that many Hindus believe and body who comes to your door before you eat is considered God.  The guest is considered as God. According to Brihadaranyaka Upaniṣad (1.4.16), “When he provides food and shelter to human beings, he becomes thereby a world for human beings.” 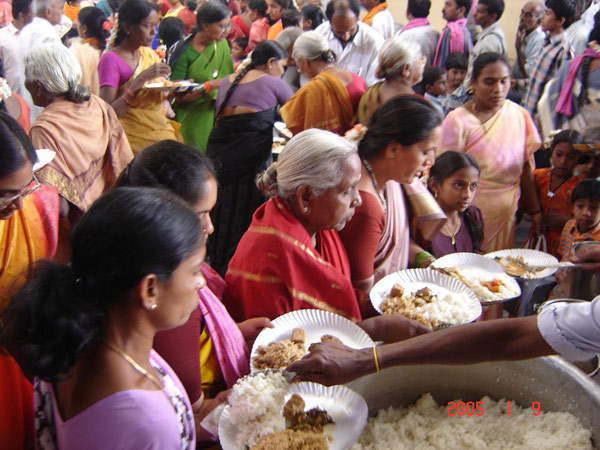 In fact food is worshipped and venerated. Annapurna Devi is considered the Goddess of food. Strict rules are also developed with regard to the preparation, how to eat, what to eat and even when to eat. Dishes to be prepared are also specified depending on the occasion and the festivals. Certain food are associated with specified foods. Annapurna Devi is believed to watch over the food supply and nourishes all living entities. Goddess Annapurna is depicted as holding a vessel containing food in one hand and holding spoons on the other signifying that is ready to serve the food whoever is in need. Hence the food is considered the very essence of life. Without food there is no existence.  From earth herbs, from herbs food, from food seed, from seed man. Man thus consists of the essence of food
– Taittiriya Upanishad

Adi Sankaracharya in his composition called Annapurnashtakam praises Annapurna, the personification of plentiful food, as:

“Annapurna Devi, Goddess of Plenty, you are Lord Shiva’s eternal Consort, give us alms together with wisdom.’

What kind of Food should be served? 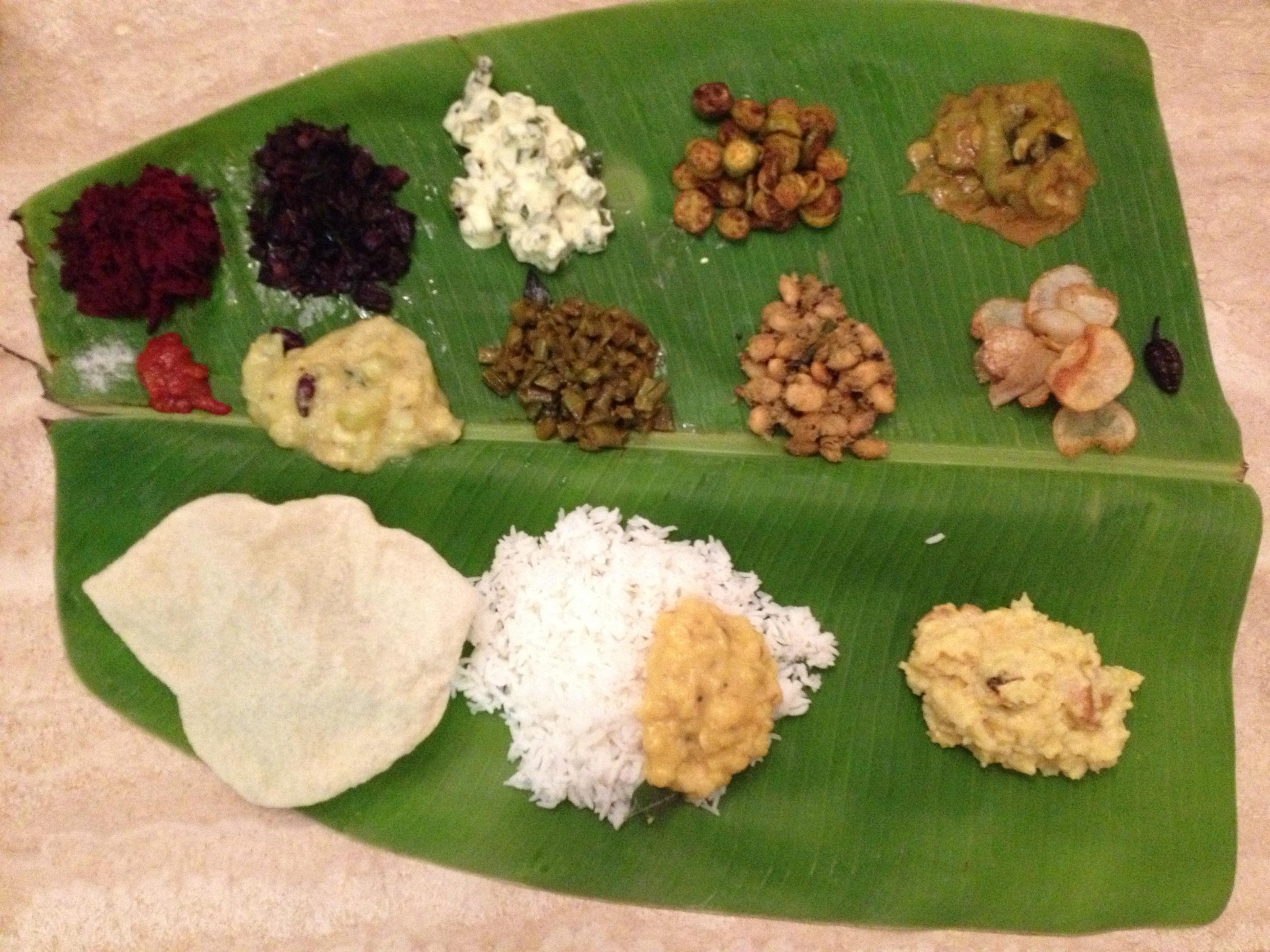 In Hindu scriptures food is categorized into three types- sattvic, rajasic and tamasic. Sattvic food is considered good for the body mind and soul as it is a vegetarian food which is obtained without harming or killing the another living being. It is associated with purity of mind, clear thinking, peace of mind, and happiness.  The rajasic and tamasic foods are associated with dullness, irritability, aggressiveness, and sedative life.  Bhagavad Gita observed that “Sattva food increases the duration of life, purifies one’s existence and gives strength, health, happiness and satisfaction… Such foods are wholesome and pleasing to the heart (17:8).

Annadana is considered supreme compared to any other donation. Annadana is the only donation that can be performed without questioning the eligibility or the qualification of the recipient. The only qualification to receive Annadana is hunger.   According to Shastras, “annasya kshuditam paatram,” anybody who is hungry is worthy of receiving food”   Shastras also say “naanodaka samam daanam” meaning that there is no donation equal to gifting food and water. 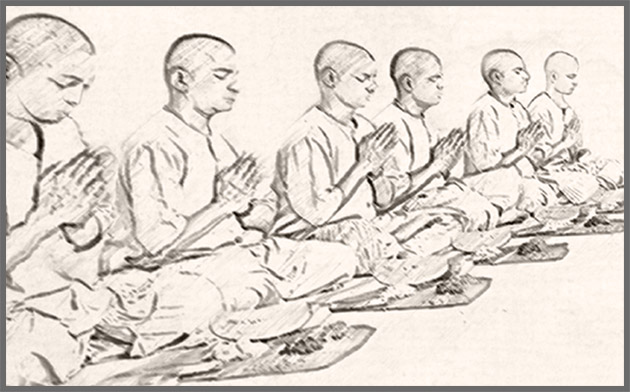 In Bhavishya Purana, Yudhishtira asks Lord Krishna about the Bhishma’s message on the importance of food.  Lord Krishna says: "The World, both animate and inanimate, is sustained by food. The giver of food is the giver of life and indeed of everything else. Therefore, one who is desirous of well-being in this world and beyond, should make special endeavors to give food. Also Food should be offered with venerable hospitality to the old, the child, and the tired traveler".

Rigveda elaborates on the importance of partaking food with those who are hungry and feeble; and the benefits the donor accrues:

Bounteous is he who gives unto the beggar who comes to him in want of food, and the feeble,

Success attends him in the shout of battle. He makes a friend of him in future troubles,
No friend is he who to his friend and comrade who comes imploring food, will offer nothing.

Let the rich satisfy the poor implorer, and bend his eye upon a longer pathway,
Riches come now to one, now to another, and like the wheels of cars are ever rolling, (X: 117). 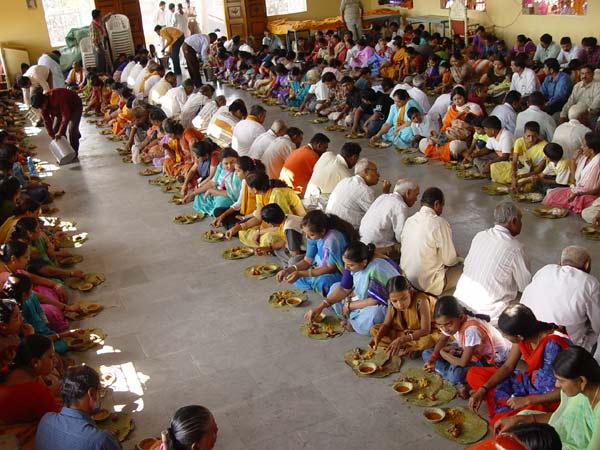 During Godavari pushkarams, pilgrims from all over the country will descend on the banks of Godavari River to have a holy dip with the belief that they would be relieved from all sins, and perform rituals to departed souls. It is believed that during pushkaram, all devats (deities) and rishis take holy dip to purify and make the rivers sacred. Thus, a holy dip in Godavari which will enhance one's spiritual mental and physical abilities. 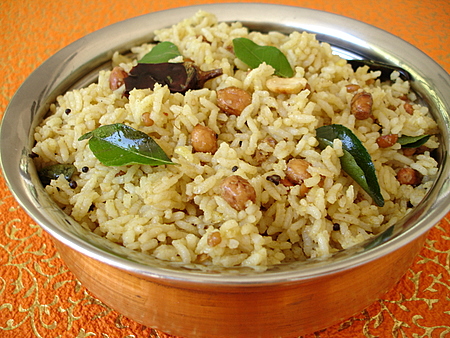 Many of them will be coming from all across India, traveling thousands of miles, carrying their heavy luggage, holding their babies, and trekking to the Godavari River. They will be arriving from trains, buses, bicycles, autos, carts and whatever means they can find.  They will be tired and exhausted, looking for a place to eat. They will be hungry and thirsty.

As mentioned it would be a great opportunity for all of us to feed the pilgrims who will be in need of sattvic food. Swami Paripoornananda has decided to provide meals for up to 50,000 thousand pilgrims every day for those twelve days. GHHF is joining in this much needed effort to feed the hungry pilgrims who will be descending on Godavari River from faraway places. 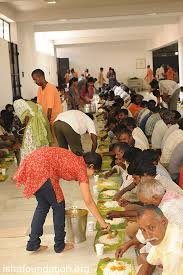 Swami Paripoornananda negotiated a price for RS 25 per food packet. He is planning to feed a minimum of 50,000 pilgrims per day. Our people will be stationed near Train Stations and Bus stations to distribute food packets.

Secularism is chipping away the very Existence of Hindus; Prime Minister bent on ruining the richest civilization – Part 2

Dr. Subramanian Swamy Confident of Repeal of Endowment Act by the Supreme Court; Hindu Temples must be Managed by Hindus only. Watch his Keynote speech in Visakhapatnam.

[GHHF] Ghazals with Dr. Ghazal Srinivas on “Mana Gudi Pilustondi” and other songs